A THEORY OF EVERYTHING, 2015.  EXERPT RUNTIME 06:44, ORIGINAL RUNTIME 12:08. FIVE CHANNEL VIDEO, COLOR, SOUND, HD, SD.
A theory of everything is a mashup supercut of expansion and contraction between an identity of self as oppositional to other, or in contrast, a sense of self as inclusive and part of the whole.  Appropriated footage was collected over the course of a year from youtube, building a research base from documentation, cinema, propaganda, promotional films, and lecture. New age propaganda for unification is juxtaposed with binary events such as sports, or highly controlled spectacles of mechanical unison, chaotic formations of free style dance, orchestral conductors, techno loops, ancient dance from Bali, choral music set in an effect driven film, and others.  ​​​​​​​ 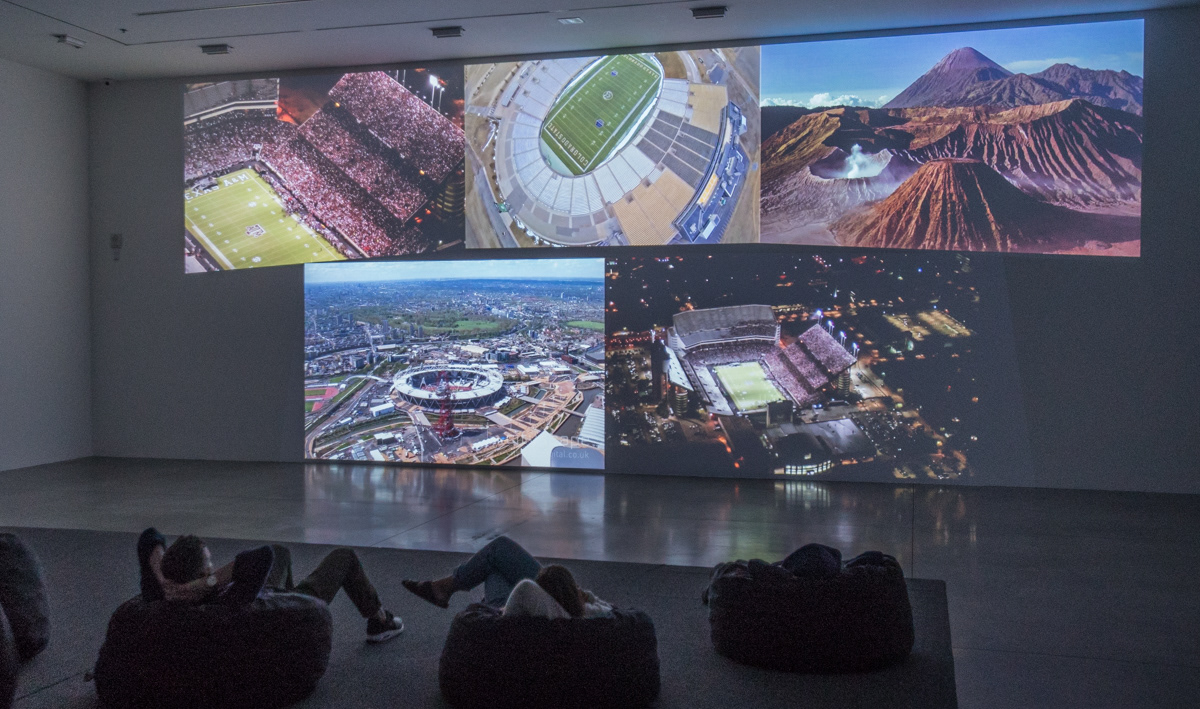 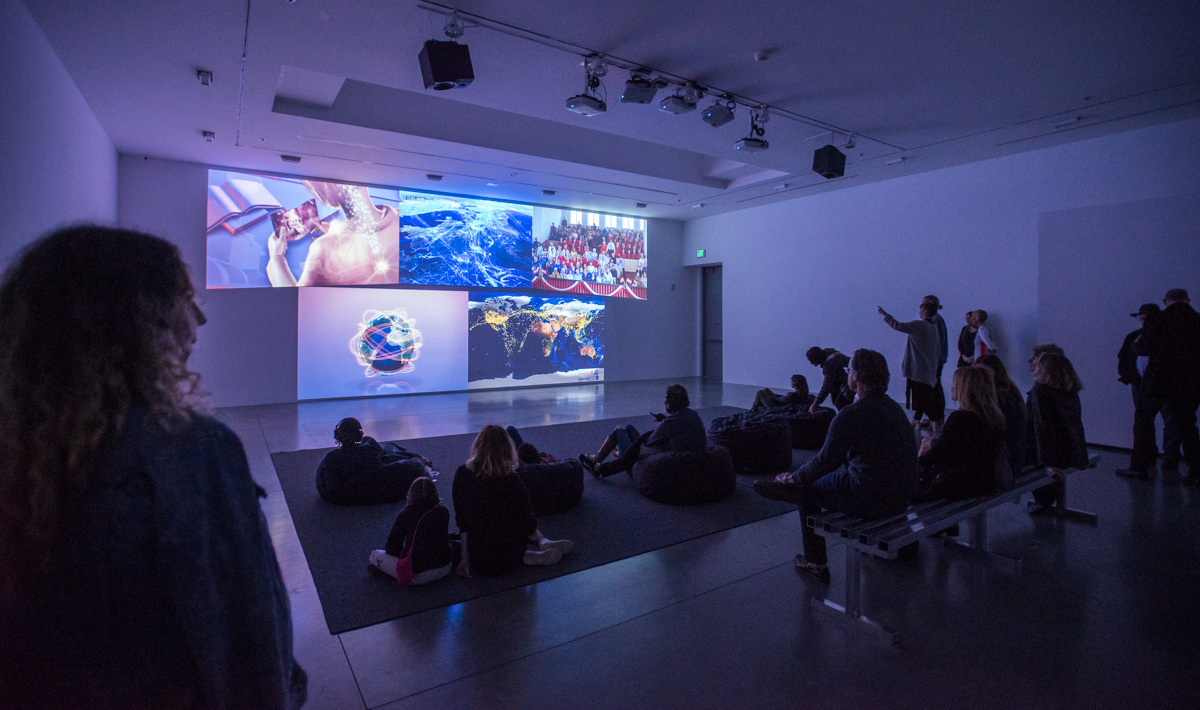 MULTICHANNEL INSTALLATION AT OTIS COLLEGE OF ART AND DESIGN, BEN MALTZ GALLERY MAY 7 - AUGUST 12, 2017
↑BACK TO TOP